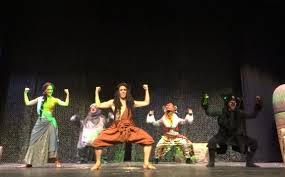 Yesterday, in the afternoon, I went to the Flumen theatre with my family to enjoy The Jungle Book musical. The jungle book tells the story of Mowgli, a boy who was raised by the wolves. Mowgli must go on his way to the human village as he can´t live any longer in the jungle.

On his journey to the village he will be guided by the lazy bear Baloo and the astute panther Bagheera. In the jungle he will have to solve the riddle of the absent-minded elephant, to avoid the spell of Kah the snake and to elude the magic of Louie, the king of the monkeys.

All of these things should have happened before he got caught by the tiger Sherkan. Mowgli doesn´t want to leave the jungle and his friends, the animals, the ones who he has lived all his live. But he changes his mind when he meets a girl from the village.

In my opinion, the show was very amusing because the actors made the audience participate. When the monkeys came down from the stage to dance I was lucky because Louie (the king of the monkeys) gave me a banana.

They sang and danced so well. I loved it a lot. 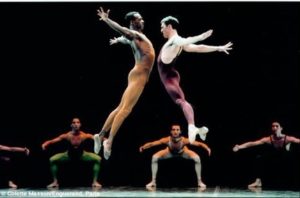